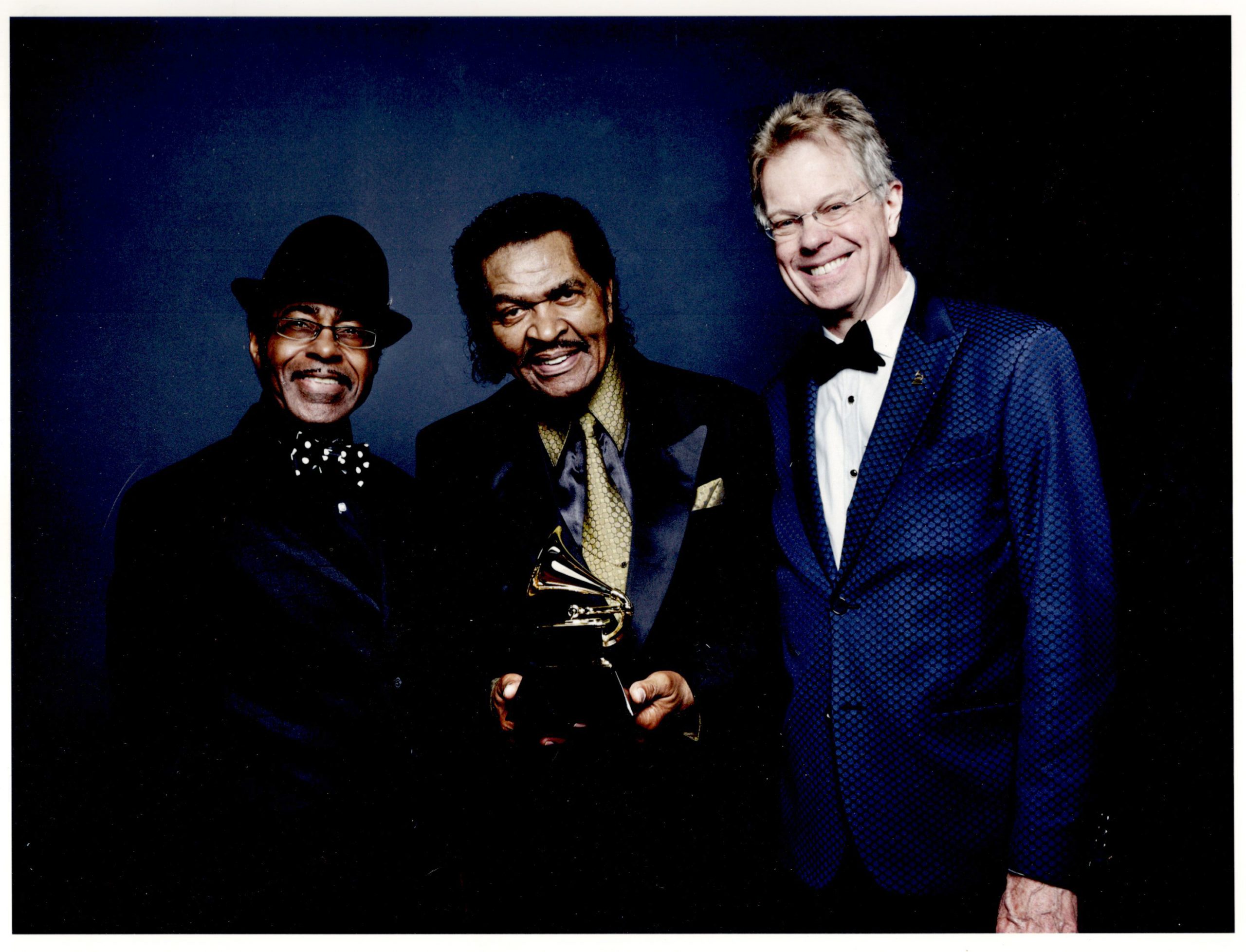 I am thrilled to announce that Bobby Rush’s Porcupine Meat has won the 2017 Grammy Award for Best Traditional Blues Album. Making this album and working with Bobby was one of the highlights of my career. Every musician on the record– Vasti Jackson, David Torkanowsky, Shane Theriot, Jeffery ‘Jellybean’ Alexander, Cornell Williams, Kirk Joseph, Jeff Albert, Khari Allen Lee, Roger Lewis, Jeff Watkins, Barney Floyd, Johnette Downing and Charles Elam– brought his or her best to the sessions, and we had the great pleasure of recording at The Parlor Recording Studio in New Orleans. My longtime musical partner, engineer Steve Reynolds, delivered an incredible sounding record, assisted by Matt Grondin and Nick Guttman. In the photo are Vasti Jackson, Bobby Rush and Scott. This is my third Grammy Award— previous wins were with Irma Thomas (2007) and Clarence “Gatemouth” Brown (1982).

I am excited to let you know that my new memoir will be published by University Press of Mississippi in April 2022. Along with in-depth profiles of many of the musicians with whom I have worked —  Irma Thomas, Charlie Rich, Buckwheat Zydeco, Johnny Adams, Bobby Rush, Ruth Brown, Beau Jocque, and Solomon Burke, among others — I write about the triumphs, and challenges of the making records. Copies may be ordered directly from University Press of Mississippi HERE, or from Amazon HERE.